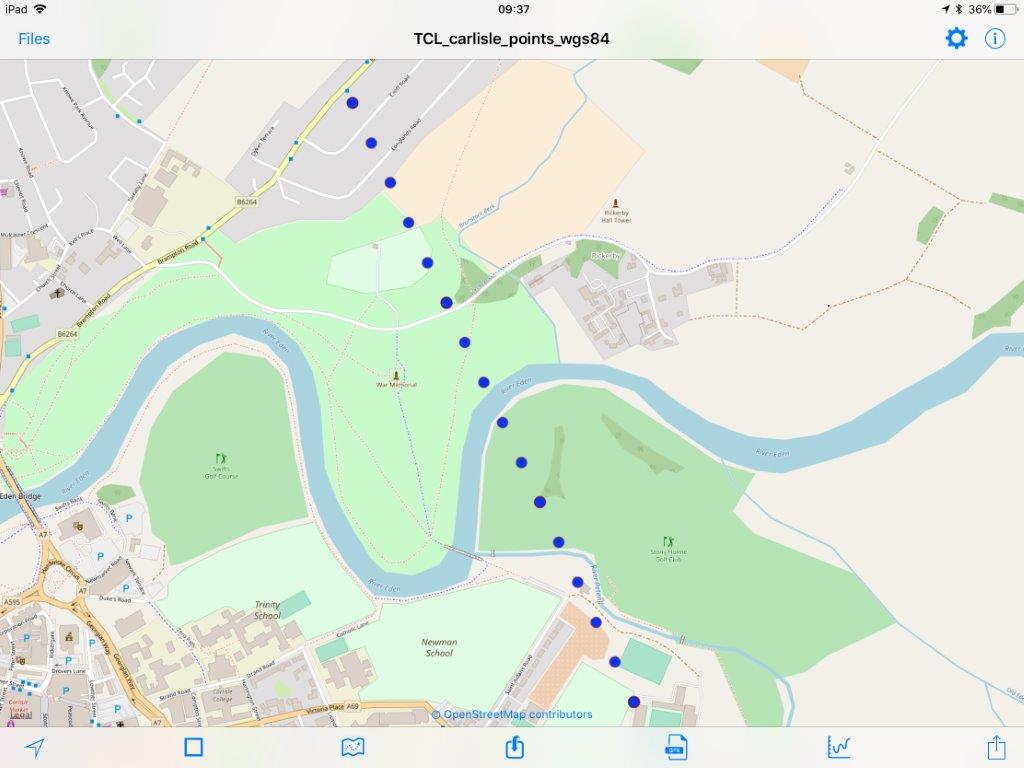 The Common Line follows the curvature of the earth, so can look curved when viewed in plan perspective, from a distance. On ground level it will appear as straight. You can view it here.

To calculate the position of The Common Line, I downloaded a digital representation (polyline shapefile) of the UK Coastline from Natural Earth. The team decided that The Common Line should not cross any tide-dominated sections of rivers, so adjustments were made to the coastline shapefile to take into account the tidal extents of major British rivers; in particular, the Thames, Forth and Border Esk.

A python script, using the Arcpy module, was used to convert the coastline shapefile into a series of ‘nodes’ or points, spaced 10 m apart. The python script then systematically calculates the distance between every 2 nodes around the perimeter of the UK coastline, and identifies the pair that are separated by the longest distance without crossing the coastline boundary. The resulting 880 km of ‘Common Line’ is the longest possible line linking 2 points on the coastline of mainland Britain.